My dad carefully saves his father’s medals. I’ve seen them a lot of times and about a year ago I thought to photograph some. And only now I’ve finally made this thought to reality. My choice was this very medal called “Medal of Patriotic War”. 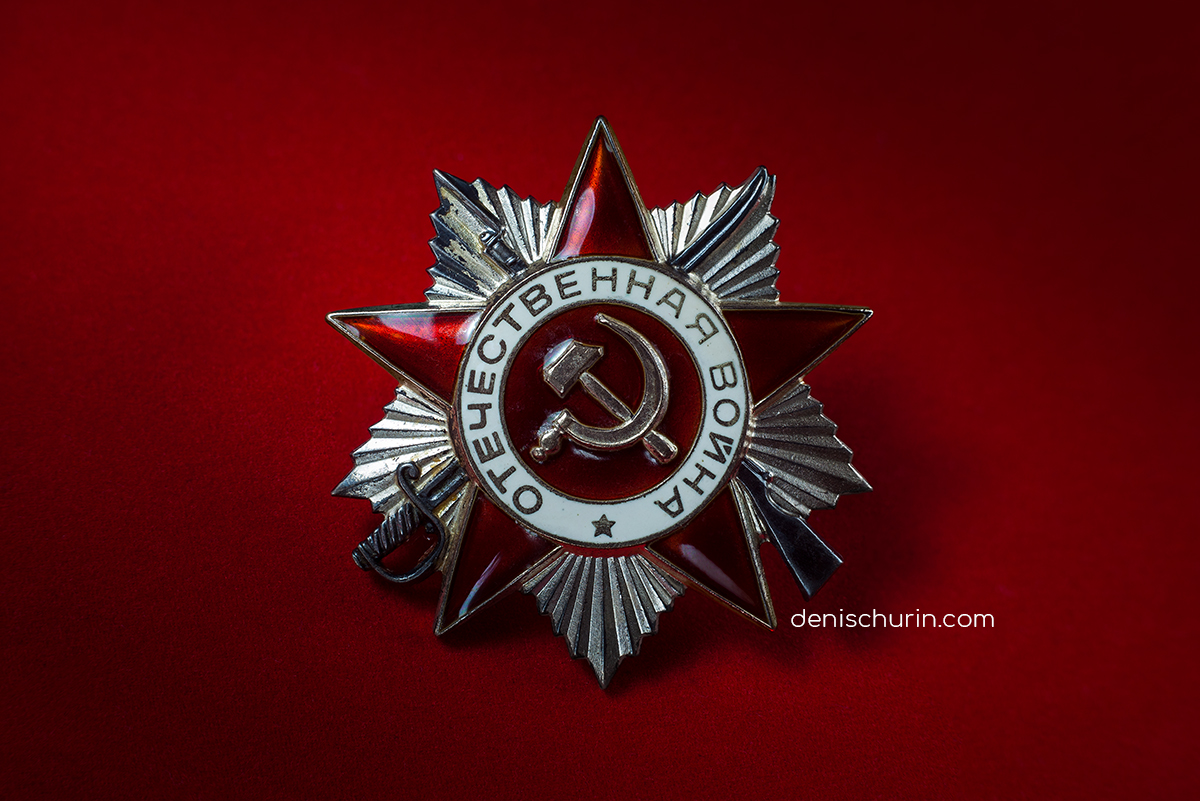 Here I should give some explanations. The point is that in Russia (earlier in the Soviet Union), the Second World War always was conditionally divided on two parts: WWII (from 1st September 1939 till 2nd September 1945) and The Great Patriotic War (from 22nd June 1941 till 8th May 1945) which means that after the Nazi invasion to the Soviet Union territory, WWII became a patriotic war for the Soviet people. That’s why this medal has such a title.

That’s my granddad, Leninslav Korovkin (by the way, his name “Leninslav” is quite interesting nowadays although it was very normal in the Soviet Union, and it means “Glory to Lenin”):

On the photo, you can see that he got a squint eye. That’s a result of a splinter hit. Here, he’s a Guard Sergeant of the Red Army. He started WWII in the infantry as a Private in 17 years old (he lied about his age in the recruitment office). He accepted the baptism of fire in Stalingrad in winter 1942-43. Since 1943 till the Nazi capitulation, he was a scout of the 41st separate reconnaissance troop. He’s got five combat awards including medals “For Combat Merits”, “For Warsaw Capture”, and “For Berlin Capture”.

I do remember him but I didn’t know him well. He didn’t like children even if they are his grandchildren. He almost nothing told about the war. Then, when I was 7 years old, I didn’t understand why. Today I’m 40, I’ve never been to the war but now I know why.