It was in summer 2009, just one year after I purchased my first photo camera and started to learn Photoshop. I tried to make a sepia toned photo. It was an old, badly damaged and abandoned house image. I was very satisfied with the effect obtained and since then I had an idea to make a whole photo series of similar images.

A few days ago, I completed processing the photos shot in last early fall in The Summer Garden (Saint-Petersburg, Russia). These images are sepia toned as well (the truth, not the damaged houses are objects), but this time I used not the couple of ready filters. Opposite – I made it by myself in few steps. Among others, I managed to get a delightful effect very similar to infrared film one when tree trunks are look almost black and, at the same time, its leaves are very bright. Moreover, I so much wanted to make very contrast and grainy images. Plus, some other additional strokes made this work completed exactly how I wanted to.

Eventually, to my mind, I succeeded to convey the special mood you could get seeing the old, 18th century photos of autumn almost deserted park. In a word, I’m not only satisfied with the result but also proud of it. 🙂 I hope you will like this photo series as well: Dreams Of The Old Garden. 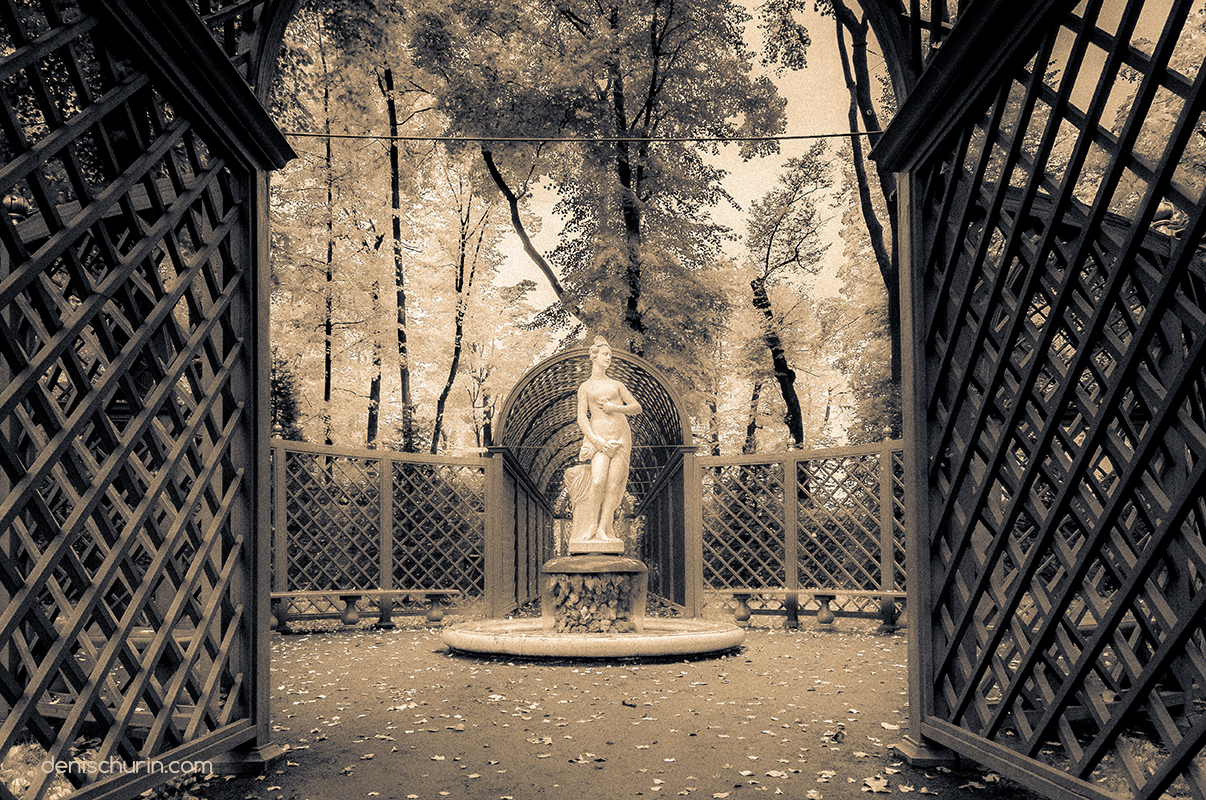