First of all, I have to say that interior photography isn’t such an easy thing as many people think, including some professionals in other photography spheres (wedding pro, for instance). I do not mean that wedding photography is easier than interior one. Furthermore, I think that any activity performed at a high professional level is complicated itself and demands not only rich experience and different (often very expensive) tools, but also high working capacity, dedication and even intelligence. I just want to say that each field of applied photography has its own peculiarities and subtleties. And if you don’t know them, you won’t get the good result. For example, the wedding photographer automatically takes his flash when he comes into a room. But that’s good only for wedding shots. For interior photography, it’s a real evil and unprofessionalism (clarification: I mean the on-camera flashes, not the impulse light sources with diffusers and other caps).

Why I think this way? Because in wedding photography, the people, and their relationships, and emotions are the objects. We can see them during just a moment. After a second, anything changes and we cannot restore the lost moment. And interiors, even the most beautiful ones, are just a background. So, we have to use a flash.

In interior photography, on-camera flash is contraindicated, because firstly, it damages the light pattern and balance which were conceived by a designer to emphasize some room’s advantages and interior details. Second, flash will never give the equal amount of light for the all room: objects in front will be overexposed and, in distance, opposite – underexposed. Third, the flash always gives sharp, almost black shadows. Fourth, it makes too bright glares on glass and polished surfaces that are disadvantages too. Finally, fifth, the flash often spoils the colors of close objects and even, if the object is curtain, for instance, shines it through destroying the tissue density on the photo. Thus, there’s the opposite approach in the interior photography: even in the dark room, they don’t use a flash, and do use the long shutter speed (sometimes, more than 20 seconds) and it demands the tripod.

I told enough about falling verticals in previous article. The only thing I can add is that the wedding photographer may not even think that’s the defect. And even if he thinks about it, he may simply don’t know how to fix it. Again: that doesn’t mean he’s a bad photographer! He could be a really ingenious wedding pro with a lot of awards and earning a whole bunch of money, but he may just don’t know the subtleties of interior photography.

According to all written above, the quote from, again, Michael Bulgakov comes to my mind: “I am a supporter of the division of labor. In Bolshoi, let them sing, and I will operate. That’s good, and no breakdowns…”

Now, as it was promised in the beginning, here are the illustrative examples of good and quality interior photography on one hand, and outright hackwork not worth of couple of dollars on the other.

Let’s begin with a photo made with artificial light. Here’s the example of how it could be made by an ordinary person who doesn’t connected to a photography:

According to the written above and in the previous article we can simply notice all the disadvantages of the photo:
1. the general yellowish tone caused by the light of an incandescent lamp (and this despite the fact that camera considered it and used the appropriate white balance preset);
2. the lack of contrast;
3. the lack of brightness;
4. the inclined horizon (that’s simply to notice by looking on the toilet pan “falling” in left);
5. (my favorite! 🙂 ) falling and arched verticals: the shower cabin overhanging over the toilet pan just like the weeping willow tree and the door-frame looks like barrel.

Now, let’s see how this photo would looks like made by even a professional but not in interior photography:

From the list above, here we can see the fourth and fifth cons. Yes, this attempt looks better than the first one, but it still not a professional work.

Finally, the same image but made on really professional level: 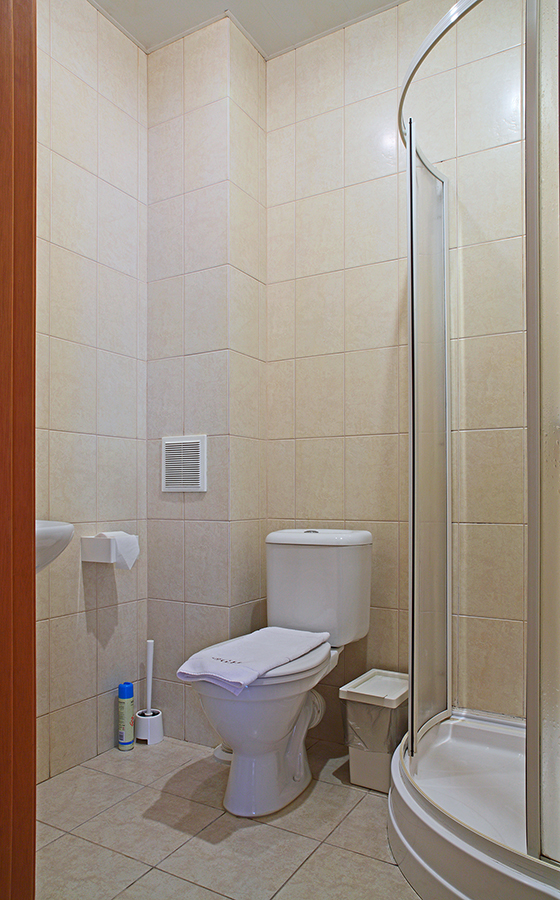 Well, for completeness of the article, let’s see the photos made with the natural light. Here’s the first example:

Thanks to natural light, there are no problems with colors on the photo. But besides of not corrected verticals and lack of contrast we can see another disadvantage: white areas on the floor which don’t have any details caused by the strong light from windows. This defect may seem an unimportant trifle. But you know how it says: “Professionalism is the attention to details”.

So, here’s the example of the same photo with no disadvantages, made according to all the rules of interior photography: 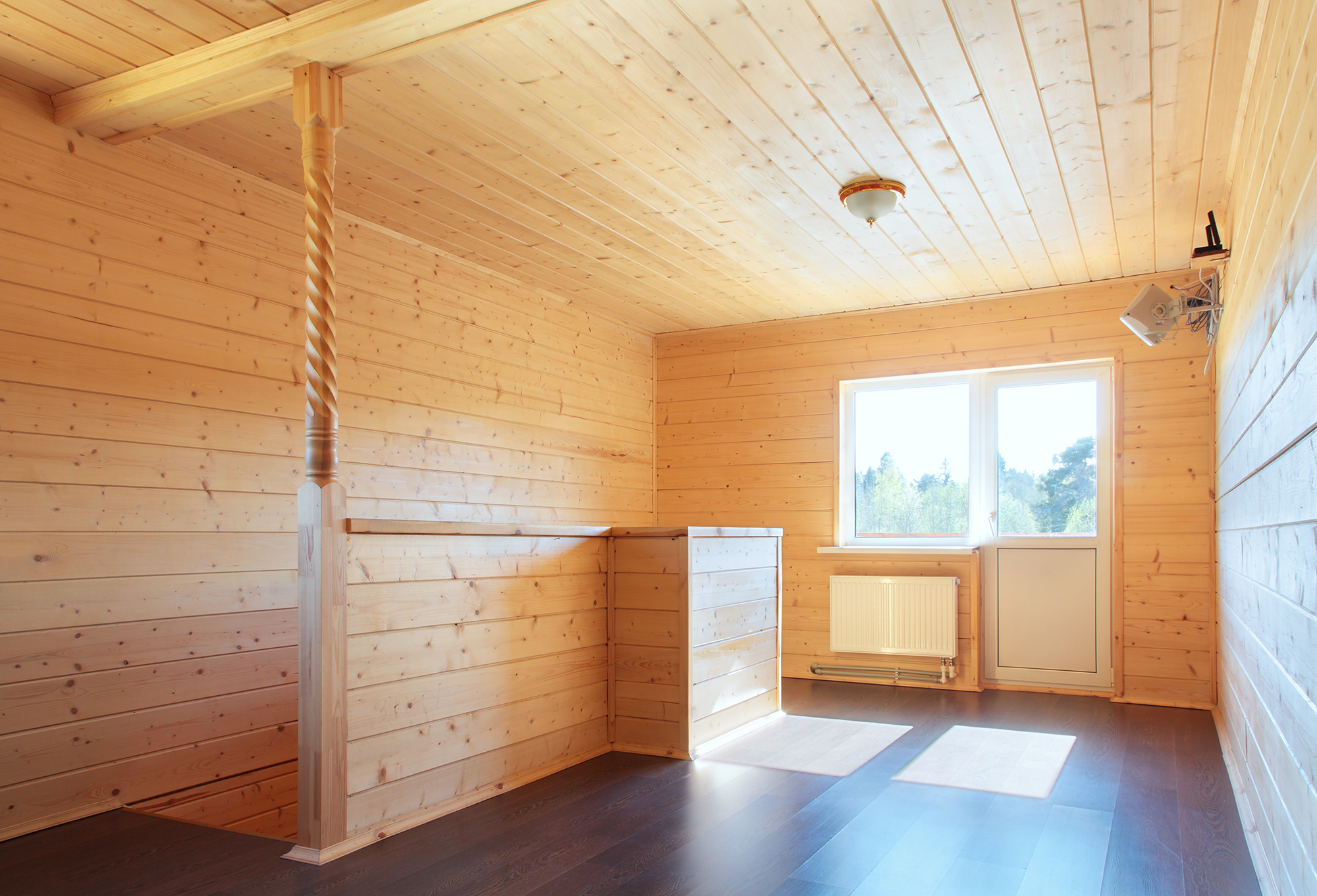 Well, I hope this article appeared useful and will help you in future to easily distinguish the quality work of real professional from hackwork by different ignoramuses. 🙂