Several days ago, I finished my long-long video about the journey to Russian Karelia that my wife and I had in autumn 2020. It’s a real saga that consists of seven chapters. I would like to tell some details about “A Journey To The Rocky Land” in this post. 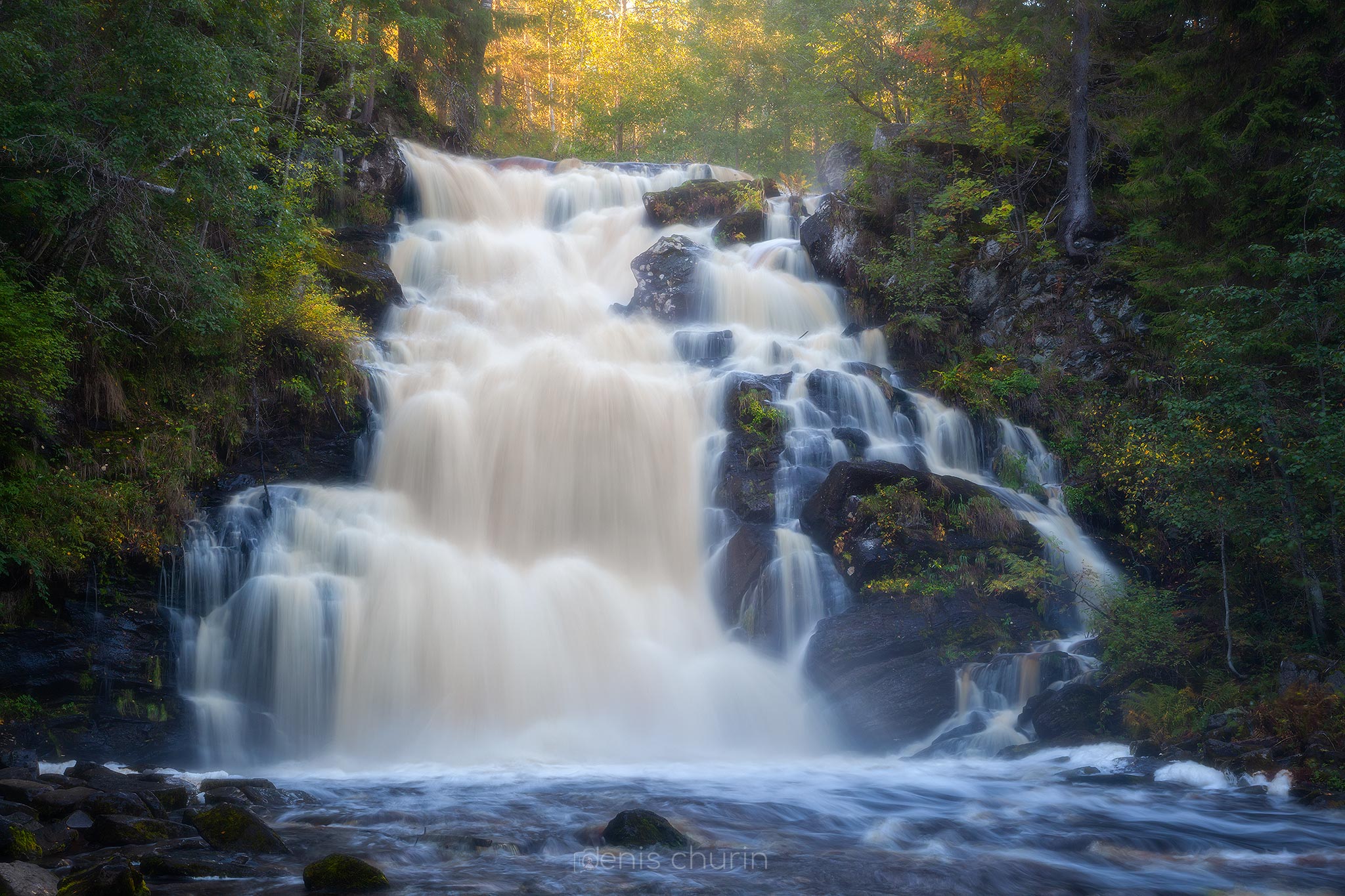 The first chapter is called “The Marble Canyon”. I chose such a title because our first trip was to the most famous landmark in Karelia, the artificial canyon with this name placed not far from the Ruskeala settlement. It was a huge quarry where the marble was extracted from 1765 till the early 90s of the XXth century. The marble from this quarry was used in the finishing and decoration of such buildings in Saint Petersburg as Saint Isaac’s and Kazan cathedrals, The State Hermitage Museum, Marble Palace, St. Michael’s Castle, and a couple of subway stations. In 1998, all extraction works were stopped, the quarry was filled with water and got the status of the cultural heritage site.

Before showing the beauty of this canyon and nature around, the first chapter explains why we all need vacations.

The second chapter is devoted to a complex of waterfalls on the Tohmajoki river. That’s a touristic landmark with the corresponding constructions like handrails, souvenir shops, and, of course, a lot of people. Therefore, it demanded enough patience from me to find spots and/or to wait for the moment to take a decent shot and footage.

I wanted to take some alpine sunset photographs for quite a long time. That doesn’t mean I’ve never taken such captures, but the last time was fairly way back, and I wanted to try myself again as I had a new vision and skills. We chose the Hiidenvuori mountain, which was quite far from our temporal home. But for that, we got fantastic views and beautiful sunset.

We decided not to go far away for the fourth chapter because we had not so high but exciting mountain almost beside our home. Moreover, I wanted to take some shots from the mountain top during heavy rain. The Paasonvuori mountain gave us not only what I wanted but also an amazing, fairy-tale-like forest near its foot.

The capital of Russian Karelia is Sortavala city. Just near the city’s edge, there’s a wonderful mountain park. We visited it with pleasure, and that footage is the base of the saga’s fifth chapter.

Our pre-last trip was to the amazing, absolutely stunning waterfall called “Belye Mosty” which means “white bridges”. In fact, there are two waterfalls on two Kulismayoki river arms (and there were two bridges over them all made of white stone, and that’s why it is called so), but the most incredible waterfall is the biggest one which is 18 meters high. Also, we liked the fact that it’s quite difficult to get there – about 60 km by the highway, almost 10 km by the dirt and very rough road, and then about 4 km more on foot. So, not many people get there.

While we were driving back and forth around Karelia to the different locations, I noticed how beautiful the fields near the highway are many times. And I decided to leave photographing them for last. But I firmly knew that I don’t want a boring clear, or completely clouded sky. Luckily, on the last day of our journey was perfect weather: sunny and windy with lots of separate clouds. In fact, this short chapter shows several fields along the highway.

In conclusion, I want to mention that I didn’t try to make a whole movie with a cross-cutting plot. These are just travel video sketches we made together with my wife using the modest equipment we have. Nevertheless, I’m pretty happy with the result. Hope you like it either! Thanks for reading and watching! Subscribe to my YouTube channel!

By the way, if you want to buy any of the photographs that appear in the videos, simply connect me the way that’s the most convenient for you.