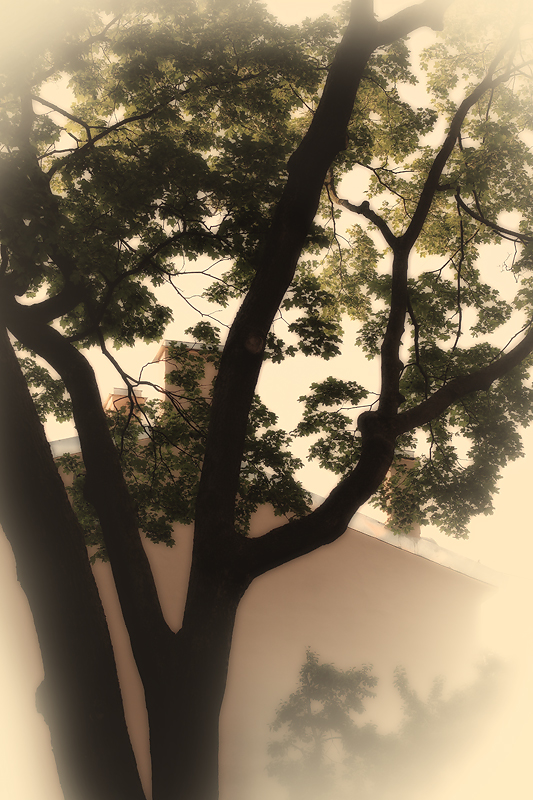 He has lived on the Vasilevsky island in Saint-Petersburg for a long time. For example he miraculously survived the blockade and the war – he hasn’t been hit by a shell or a bomb, he somehow hasn’t been cut down for firewood during the harsh winter of 1941 and the very cold of 1942. At least he was lucky in the fact that when the city was rebuilding after the war there was many yards altered, old and sick trees sawed off to replace them by young. But it didn’t affect him because of he was neither old or sick at that moment. He wasn’t so even now. But the very important things he saved in himself were intelligence and good manners of a real Saint-Petersburg citizen. He was very humble and just a few trees knew how much he suffered: he never boasted of it, never rebuked those who haven’t experienced the same. Everybody feel nice and easy beside him.